“It has always been my ambition to preach the gospel where Christ was not known, so that I would not be building on someone else’s foundation. Rather, as it is written: “Those who were not told about him will see, and those who have not heard will understand.” Ro. 15.20,21.

Marcus, Andressa, Álvaro, Laura and Ana Catarina are a Portuguese-Brazillian family that comes from Rio de Janeiro - Brazil. They are now serving in Portimão, Algarve - Portugal.

Andressa was born and raised in an evangelical family. Her father became a pastor when she was just 3 years old. She received Jesus at the age of 7 and felt the call to missions 2 years later. She is a journalist and has also worked as an event planner for the Baptist mission in Brazil and is now enrolled as a Business student at the University of Algarve – Portimão.

Marcus is a Baptist pastor who received Jesus as his Lord and Savior when he was 17. He was the first evangelical Christian in a very catholic Portuguese family and received the call to mission that same evening. “He was telling me to go back to the land of my grandparents to preach the true gospel there.” Marcus has degrees in Theology (FTSA) and Physical Education (UFRJ). And is a certified Professional Coach (IBC).

Fonction
Missionaries in Portugal
Pays d'origine
Brazil
With ECM since 2016 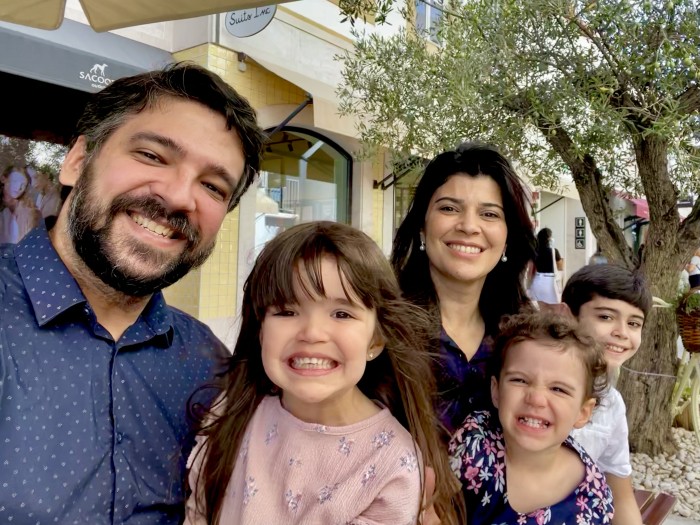